Tour Dates
Thursday 15th September - Sunday 18th  September 2022
YES PLEASE! I AM INTERESTED IN TRAVELLING IN 2022- SIGN ME UP

The European Patchwork Meeting (Carrefour Européen du Patchwork) features beautiful quilting and textile displays at various locations in and around the picturesque valley town of Sainte-Marie-aux-Mines in Alsace. Join us in 2022, register your interest to travel!

This inspiring celebration of textile art is scattered across the four picturesque villages that make up the beautiful Val d’Argent valley - Sainte-Marie-aux-Mines, Sainte-Croix-aux-Mines, Lièpvre and Rombach-le-Franc. Historic buildings, places of worship and village halls are all transformed into temporary galleries filled with quilts designed by local talent and leading international designers. 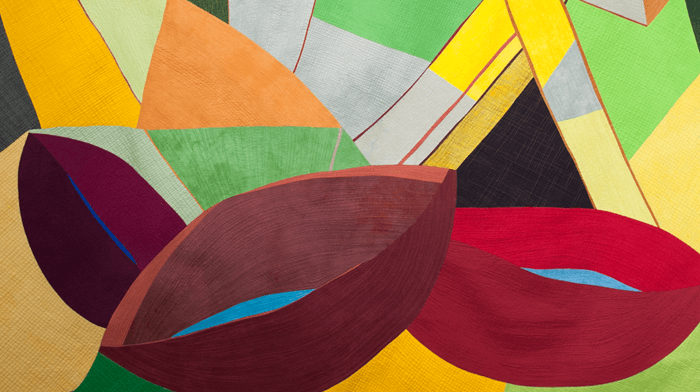 Combining patchwork with history - The European Patchwork Meeting is the largest patchwork show in Europe and takes place in the area where the Amish movement began.

Discovering the beautiful Val d’Argent, or the Silver Valley, as you visit each of the show's different venues.

Staying in Colmar with its extraordinary cathedral and picturesque La Petite Venise quarter. 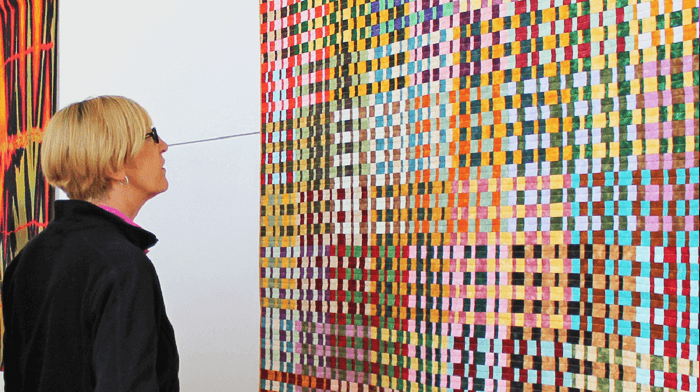 The European Patchwork Meeting is a wonderful combination of the regional and the international. It takes places in curious locations across four pretty villages - there are exhibitions in churches, shop fronts, theatres, even an old bus garage. And touring the villages is a joy – you can really get under the skin of where you are.

The picturesque Val d’Argent, the Silver Valley of Alsace

Travelling from site to site on the free shuttle bus, you will not only see some of the best examples of patchwork and quilting in the world, but also experience a taste of living history. The Amish women of the region still make quilts as functional bed-covers and commemorative pieces to mark marriages and births, just as they did more than three centuries ago. 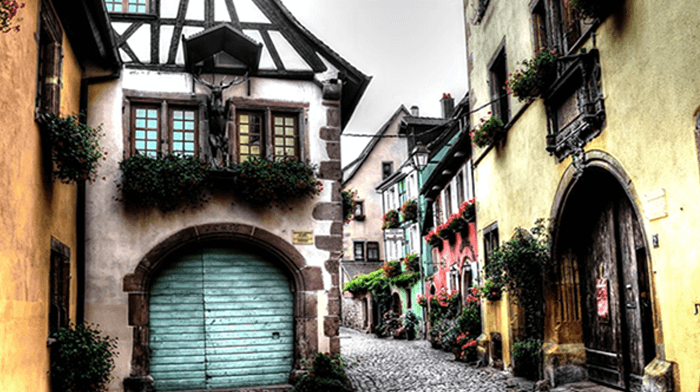 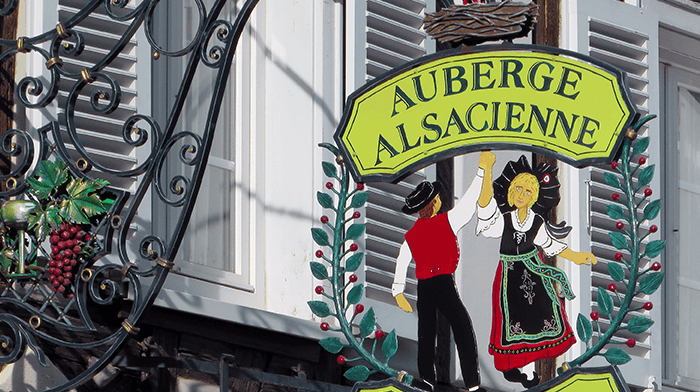 Depart on BA flight from Heathrow. (An ECT Tour Manager will meet you at Heathrow Terminal 5)

Arrive Basel and transfer by coach to Colmar. You will be staying at 4* Novotel Suites Hotel Colmar, located in the heart of the city. a stone's throw from the lovely Petite Venise (Little Venice) quarter and close to sites such as Unterlinden Museum, the Bartholdi Museum and the Colmar Toy Museum. The hotel offers contemporary, spacious bedrooms, a shady terrace lounge bar and wellness space with sauna, hammam and fitness room. The buffet breakfast is rich and varied and there is also a gourmet boutique where you can purchase locally made products.

Welcome tea & cake on arrival at hotel followed by an orientation walking tour with a local Colmar guide.

08:30 - depart hotel by coach for a full day at the European Patchwork Meeting. 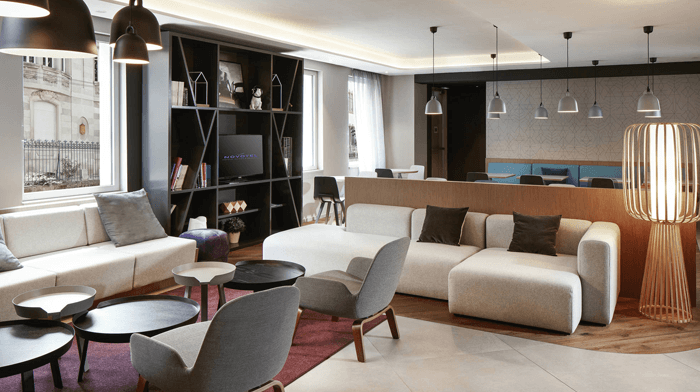 You will be staying in the 4* Novotel Suites in the heart of Colmar city centre, a stone's throw from the lovely Petite Venise (Little Venice) quarter and close to sites such as Unterlinden Museum, the Bartholdi Museum and the Colmar Toy Museum. The hotel offers contemporary, spacious bedrooms, a shady terrace lounge bar and wellness space with sauna, hammam and fitness room. A rich and varied buffet breakfast is included with your stay and there is also a gourmet boutique where you can purchase locally made products.

The hotel have introduced intensified hygiene & prevention measures to ensure your safety: 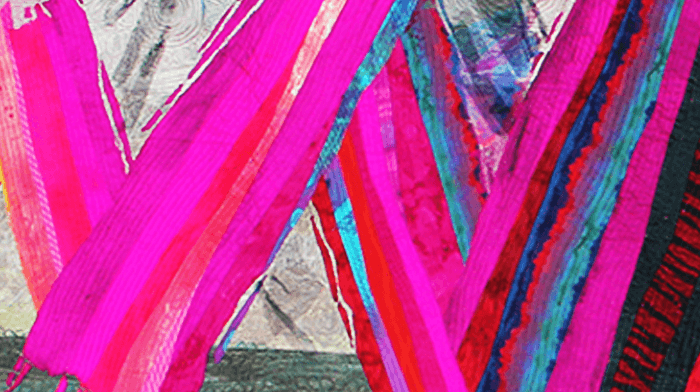 Fly from London Heathrow - or join us in Colmar

You may choose to: 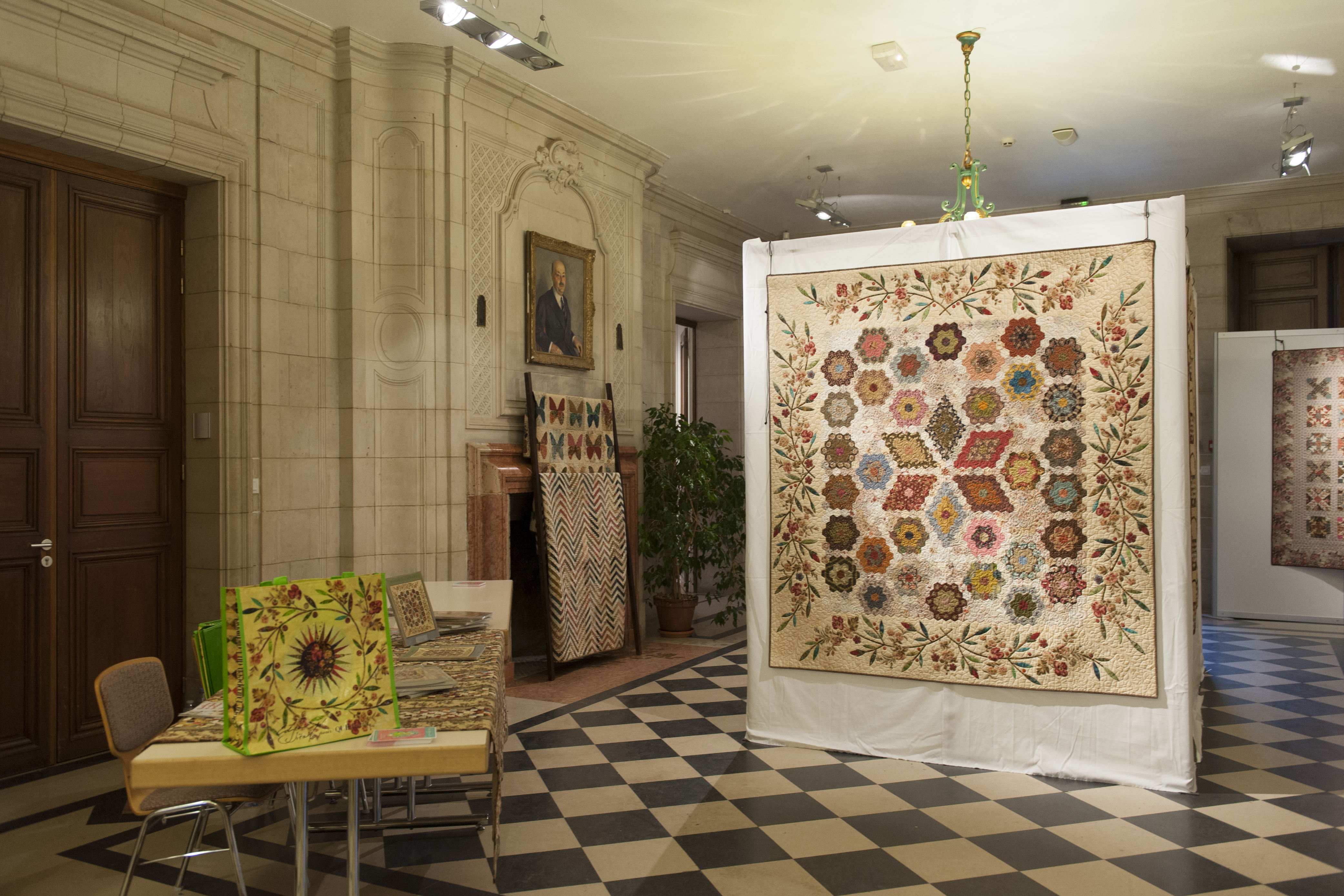 The Carrefour Européen du Patchwork (European Patchwork Meeting) is one of the largest patchwork festivals in the world. Scattered across the four picturesque villages that make up the Val d’Argent, it brings together more than 1,200 examples of the finest in traditional and contemporary patchwork and quilting art. In French the word 'Carrefour' refers to a crossroads, and this extraordinary event is indeed a meeting of different 'roads' welcoming as it does visitors and exhibitors from all corners of the world.

There is so much to see and enjoy here, from exhibitions and seminars, to demonstrations and stalls selling wonderful fabrics and accessories to use your own creations. Inspiration is guaranteed! 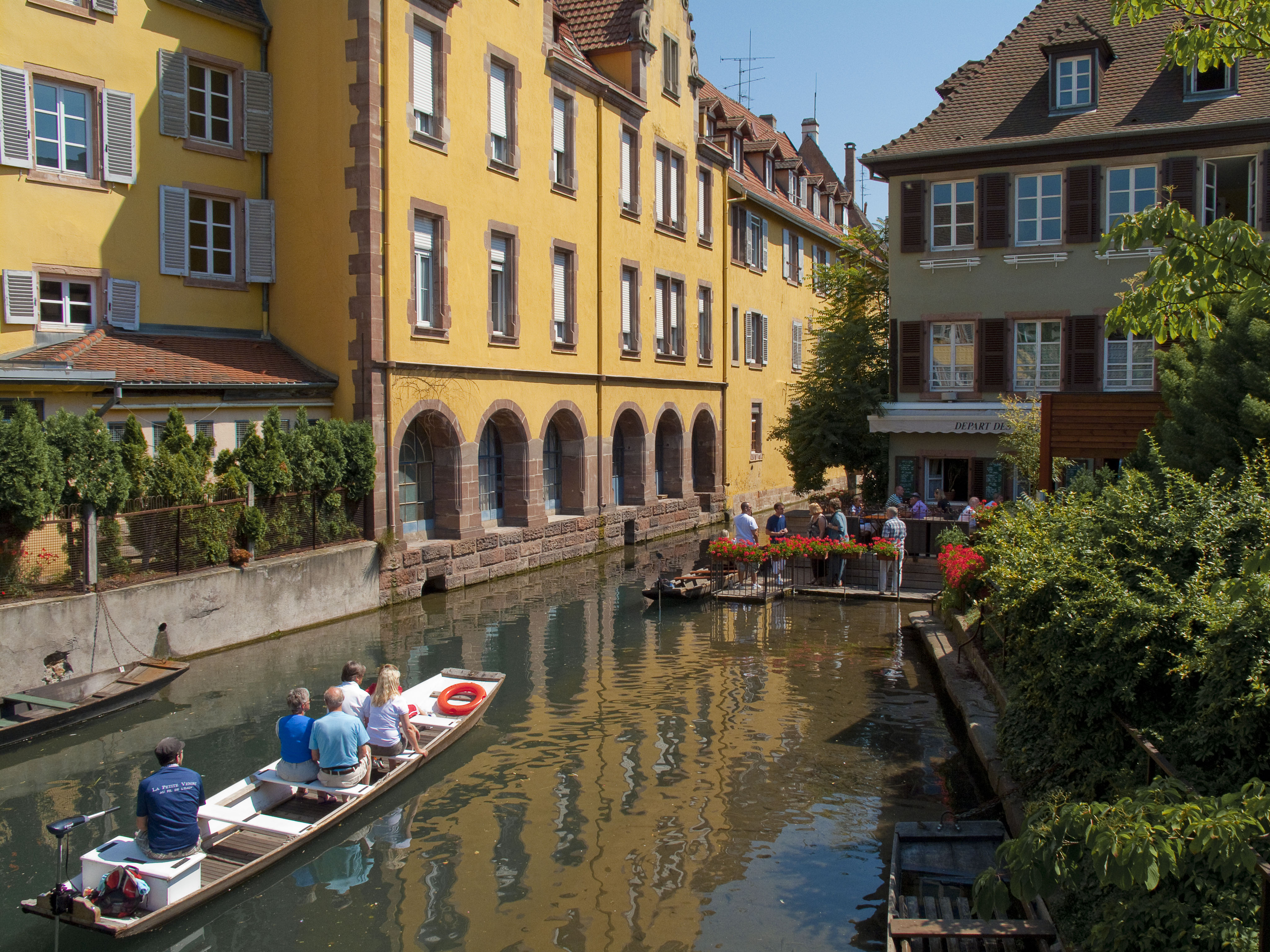 Nestled amidst vineyards and filled with colourful, half-timbered merchants' houses, Colmar is the archetypal Alsatian town. You will have time to wander the pretty, cobbled streets of the old town, discovering architectural highlights such as the 16th century Pfister house with its ornate oriel window, the 17th century House of Heads, (so called because it is decorated with 111 carved stone masks), and the distinctive white-fronted houses that line the River Lauch. Local market gardeners, fishmongers and tanners used to pass along this stretch of river, showing off their produce in small, flat-bottomed boats.

The tradespeople have now disappeared, but the boats remain offering visitors the chance to see Colmar from the river and giving the town a rather Venetian feel. 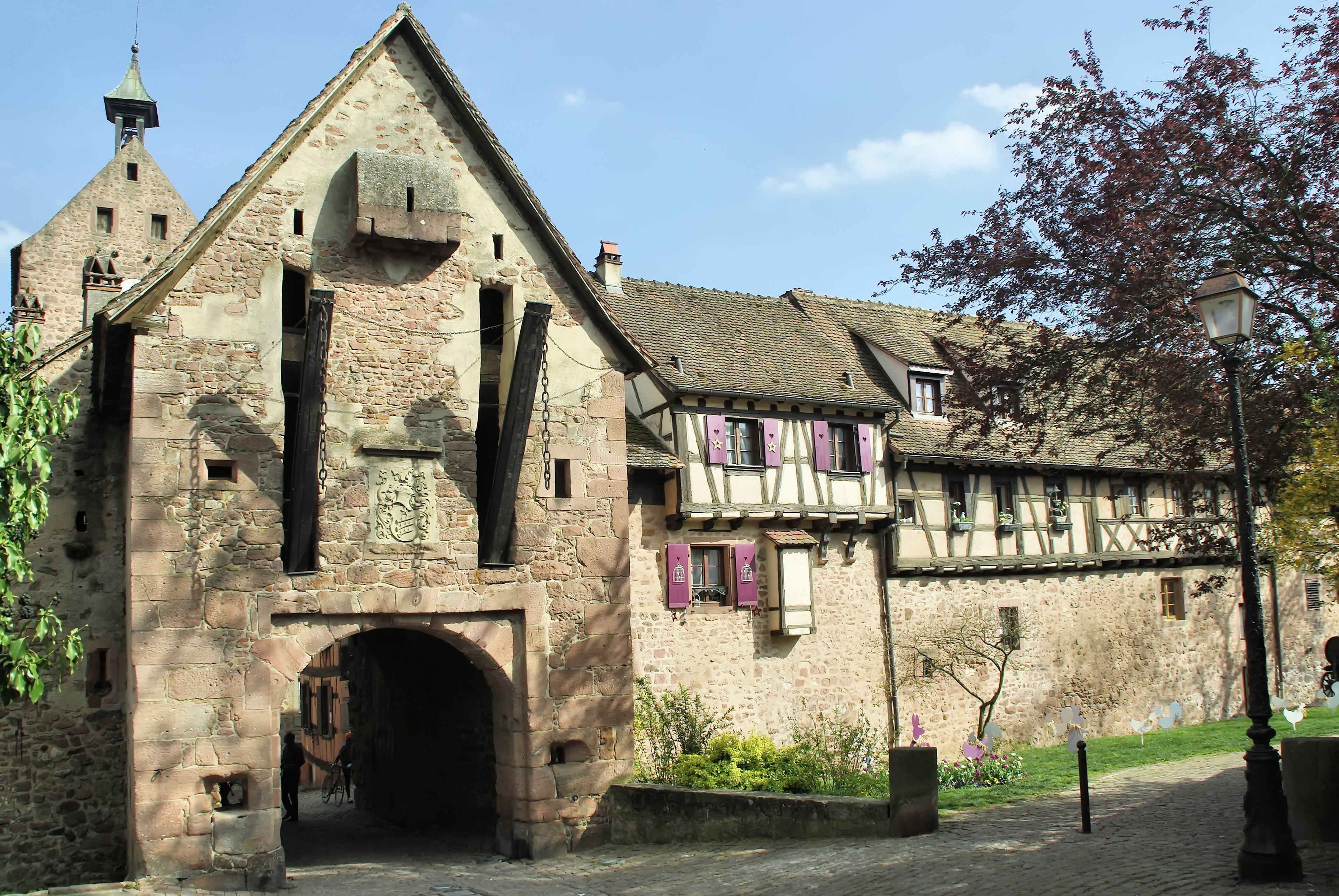 Situated between the peaks of the Vosges mountains and the Plain of Alsace, in the heart of the famous Alsatian vineyards, Riquewihr is one of the most beautifully preserved medieval towns in Europe.

For centuries this magnificent town has managed to maintain its authentic character with colourful, half-timbered houses dating back to the 15th - 18th century and its continued tradition of producing world-famous wines, from where it gets its nickname The Gem of the Alsace Vineyards.

You will enjoy strolling through the cobbled streets, marvelling at the distinct charm of the buildings with their oriel windows and archways leading to inner courtyards containing old wells and fountains.

Wine lovers will enjoy sampling the delicious and varied wines of the region at the  many wine cellars found along the narrow streets. Many tastings are accompanied by local delicacies chosen for their perfect pairing with the wine. 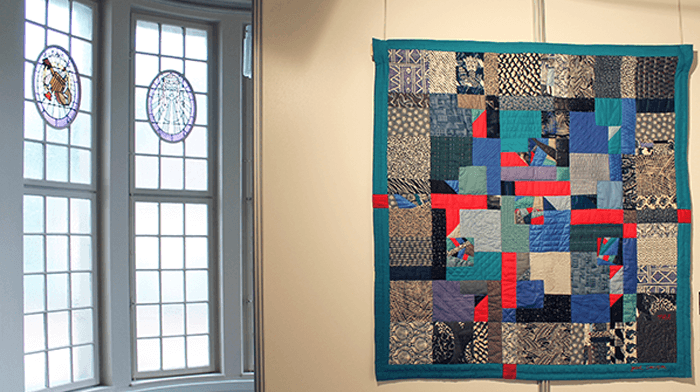 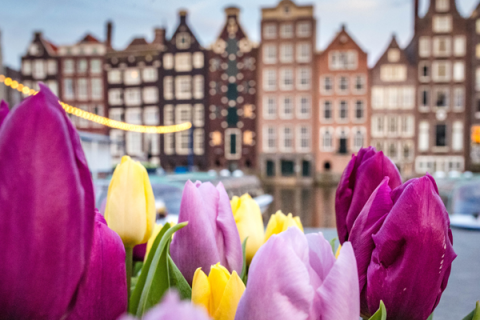 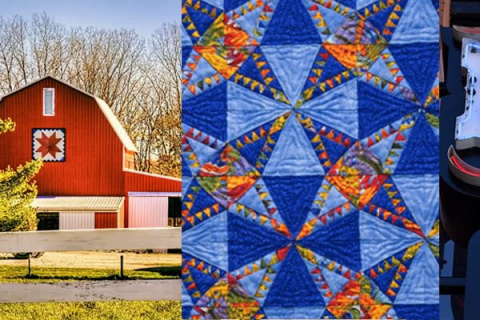 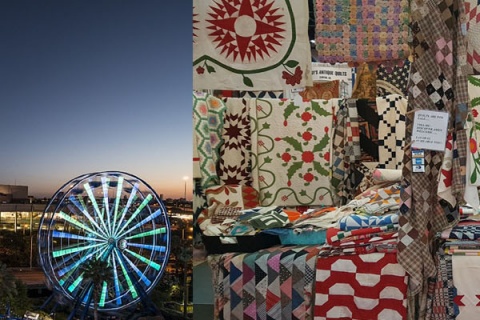