This tour is now fully booked for 2019 - but if you want to travel in 2020, please send us an email so you can be altered when booking opens !

Join us for a long weekend of patchworking, sightseeing and textile inspiration in the magical city of Prague. This tour combines entry to the unmissable Prague Patchwork Meeting with a unique opportunity to learn how our ancestors produced textiles and plenty of time to explore the winding streets of the historic Czech capital.

With almost 1,000 textile art works on show, The Prague Patchwork Meeting boasts the biggest display of combined textile techniques in Central and Eastern Europe. Now in its 13th edition, the show attracts exhibitors and visitors from across the world, each of them keen to share their love all things quilting. The 2019 edition will feature more than 30 collections from all over the world, including Japan's YUZU Sashiko Guild and Susan Briscoe, the Netherland's Willyne Hammerstein with Millefiori Quilts and Germany's Birgit Schuller.

You can also look forward to a busy programme of workshops on a huge range of topics from the creative use of scraps to the art of English paper piercing and a host of retailers selling a dizzying array of fabrics, tools, textile accessories, sewing machines and yarn.

So, whether you are an experienced quilter looking for new inspiration, or a novice hoping to pick up some tips, this show is guaranteed to have plenty to offer. So much in fact that our programme includes a three day pass. 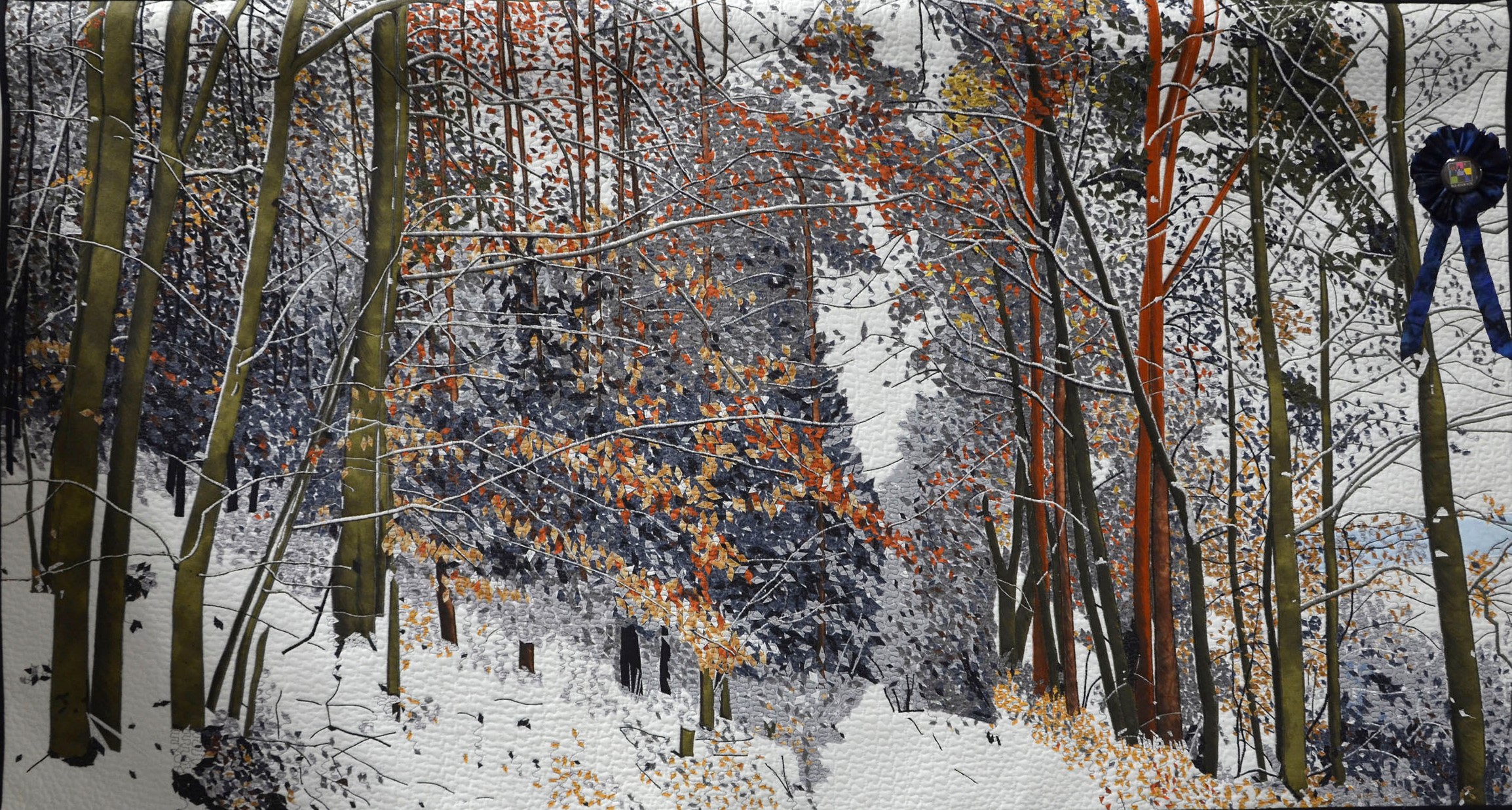 Known as the ‘city of 100 spires’, Prague is a UNESCO monument and one of the most beautiful cities in the world. We have arranged a half day guided tour of the most important sites, including:

Old Town Square – one of Europe’s biggest and most beautiful open spaces, this has been Prague’s principal public square since the 10th century. A medieval gem, its undisputed highlight is the Astronomical Clock. Every hour, hundreds of tourists from all over the world gather, cameras at the ready, outside the Old Town Hall to enjoy a fascinating mechanical performance which, in the Middle Ages, was considered one of the wonders of the world. Even in our high tech age, the clock's procession of Apostles and moving statues still manages to amaze everyone who sees it.

Charles Bridge, commissioned in 1357 by Charles IV and completed in 1402, this pedestrian bridge is lined with statues of Catholic saints. The most famous is the monument to St John of Nepomuk who, according to legend, was dressed in armour and thrown off the bridge on the orders of Wenceslas IV for refusing to divulge the queen’s confessions. A bronze cross on a parapet between statues 17 and 19 marks the point where he was thrown off.

Prague Castle towers over Vltava’s left bank, its spires, towers and palaces dominating the city centre like a fairy tale fortress. Reputedly the largest ancient castle in the world (it covers an area bigger than seven football fields), it comprises historic buildings, museums and galleries housing some of the Czech Republic’s finest artistic and cultural treasures.

You will also have time to explore Prague at your leisure. Don't miss the Langweil model of Prague at the City of Prague Museum. Handmade in cardboard between 1826 and 1837, it provides unique evidence of how the Old Town, Malá Strana and Prague Castle looked before the redevelopment of Prague at the end of the 19th and start of the 20th centuries. The recently re-opened Museum of Decorative Arts is another gem. Home to wonderful collections of textiles, jewellery and ceramics, it also boasts one of the most extensive glass collections in Europe.

Shoppers should head for the historic centre where global brands mix with unique antique stores and independent boutiques specialising in traditional Czech glass, porcelain and jewellery.

And when you’ve had your fill of culture and commerce, you can take a break in one of the city's many cafes and bars. Prague is famous for its beer, with around 35 breweries dotted around the city. The best way to sample what’s made here is at a tasting bar such as Pivo a Párek in Vinohrady, where draught and bottled specials are served with pieces of sausage sourced from small suppliers. With its original Art Deco interior, Café Slavia offers a taste of old Prague and a table-side view of Vltava River, Prague Castle, Charles Bridge and the National Theatre.

Arrive at Prague airport, meet and greet and coach transfer to your hotel

Remainder of the day and evening at leisure

1400: Meet with guide for 'show and tell' visits to three galleries exhibiting at the Prague Patchwork Meeting.

1800: Coach transfer back to the hotel

0930-1330h: Half-day city highlights tour with a local, English-speaking guide. Please note, we will leave the hotel by coach but there is quite a lot of walking so comfortable shoes are recommended. The tour includes a visit to Prague Castle, after which you will walk down to Charles Bridge and Old Town Square with its famous Astronomical Clock.

Afternoon at leisure. If you wish to return to the Prague Patchwork Meeting, it is easily accessible by subway. The station is a short walk from the hotel. Please note, the show closes at 6pm..

Breakfast at the hotel and check out

AM: Those flying to Gatwick will take the coach transfer to Prague airport for their return flight to the UK

PLEASE NOTE, THE FLIGHTS DO NOT INCLUDE HOLD LUGGAGE OR SEAT RESERVATIONS

easyJet  cabin baggage allowance is 1 x  bag measuring 56x45x25cm per person. There is no weight limit but you do need to be able to lift and place in the overhead locker.

AerLingus offer 20kg of checked luggage plus seat selection for an additional charge of £116 return.

All the flights and flight-inclusive holidays on this website are financially protected by the ATOL scheme. When you pay you will be supplied with an ATOL Certificate. Please ask for it and check to ensure that everything you booked (flights, hotels and other services) is listed on it. Please see our booking conditions for further information or, for more information about financial protection and the ATOL Certificate, go to www.atol.org.uk/ATOLCertificate.

Our ATOL number is ATOL 6545. ATOL Protection extends primarily to customers who book and pay in the United Kingdom. 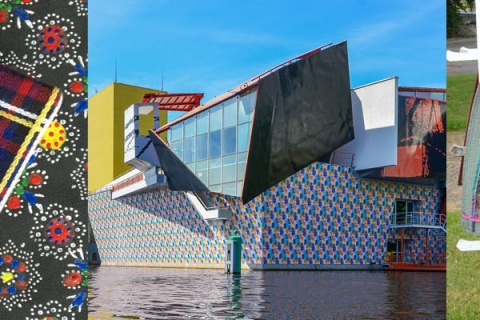 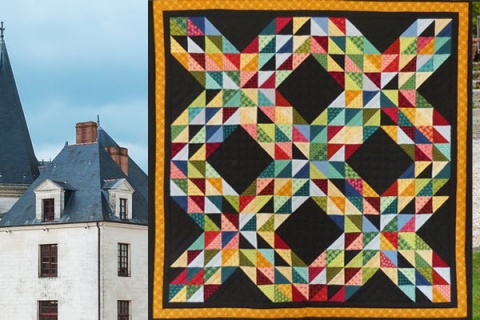 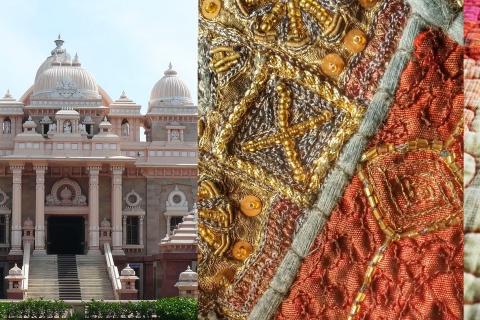 Our new programme for 2020 is currently being prepared.  Please let us know if you wish to be kept informed