Singapore is city of architectural contrasts; a place where cutting-edge skyscrapers sit next to historic buildings that speak of the city’s rich multicultural and ethnic history. One of the most visible of these must be the shophouse, the two or three-storey homes/commercial shops which sprang up in the city from the 1840s onwards as immigrants began to arrive from China.

The archetypal shophouse features a pitched roof, internal air wells to allow light and air into the narrow interiors, rear courtyards and open stairwells. They are joined to their neighbours via common party walls and sheltered corridors known as ‘five-foot ways’. (So called because they were supposed to be built five feet from the house.) 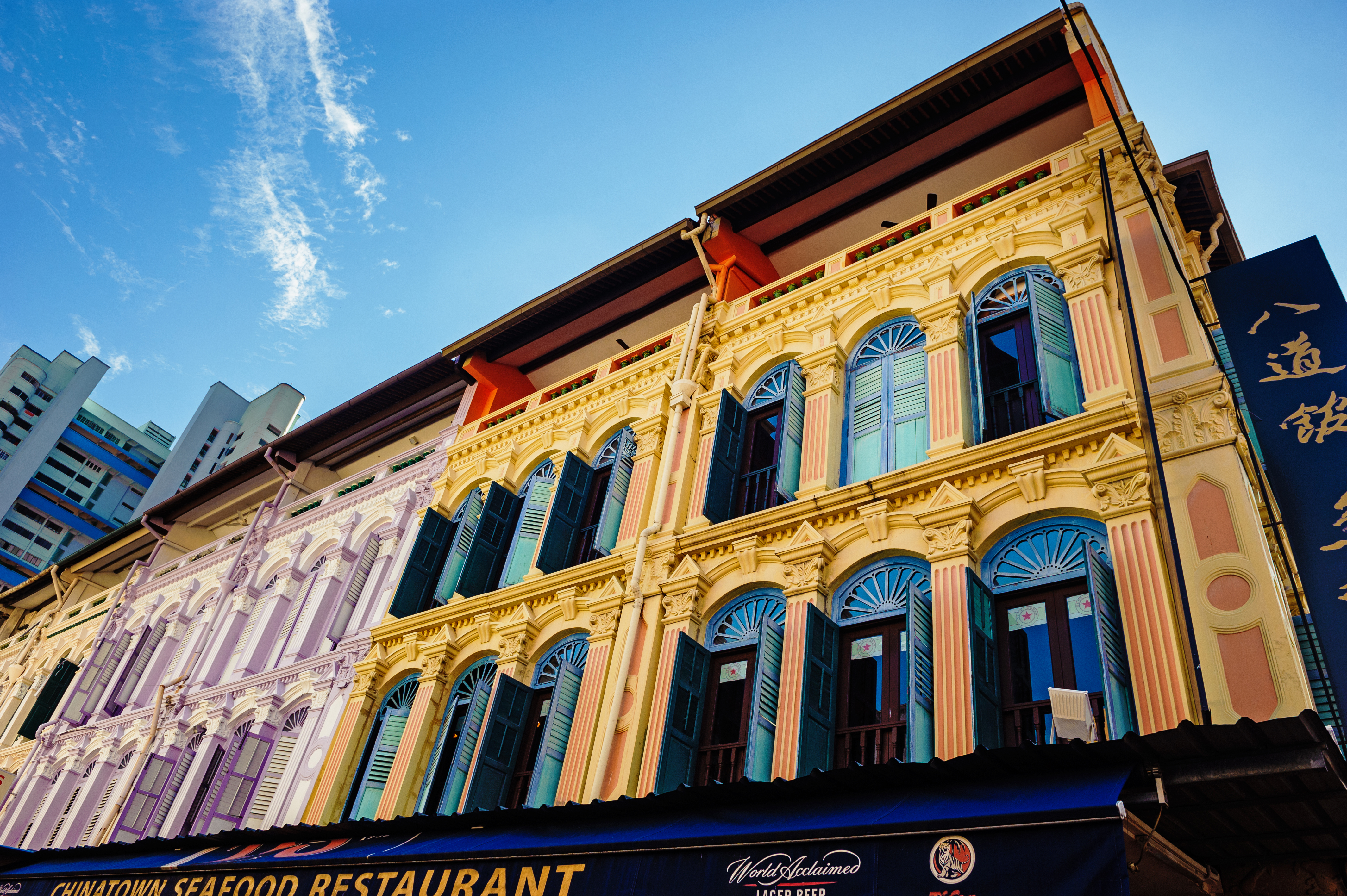 Stylistically, shophouses vary according to when they were built. The first wave, known as the ‘Early Shophouses’, were built from 1840s-1900s along South Bridge Road to support trading activities on the Singapore River. These low, two-storey buildings were functional with almost no ornamentation, reflecting the poverty of the early immigrants. As the 20th century dawned, the shophouses began to reflect Singapore’s growing economy. They grew taller and more decorative, often featuring tiles, panels and carvings and before long were incorporating an eclectic mix of cultural influences, from Chinese porcelain-chip friezes and Malay timber fretwork to French windows and Corinthian pilasters.   Some of the best examples of these ‘Late Style’ shophouses can be found in the neighbourhoods of Clarke Quay, Joo Chait/Katong, Chinatown and Emerald Hill. 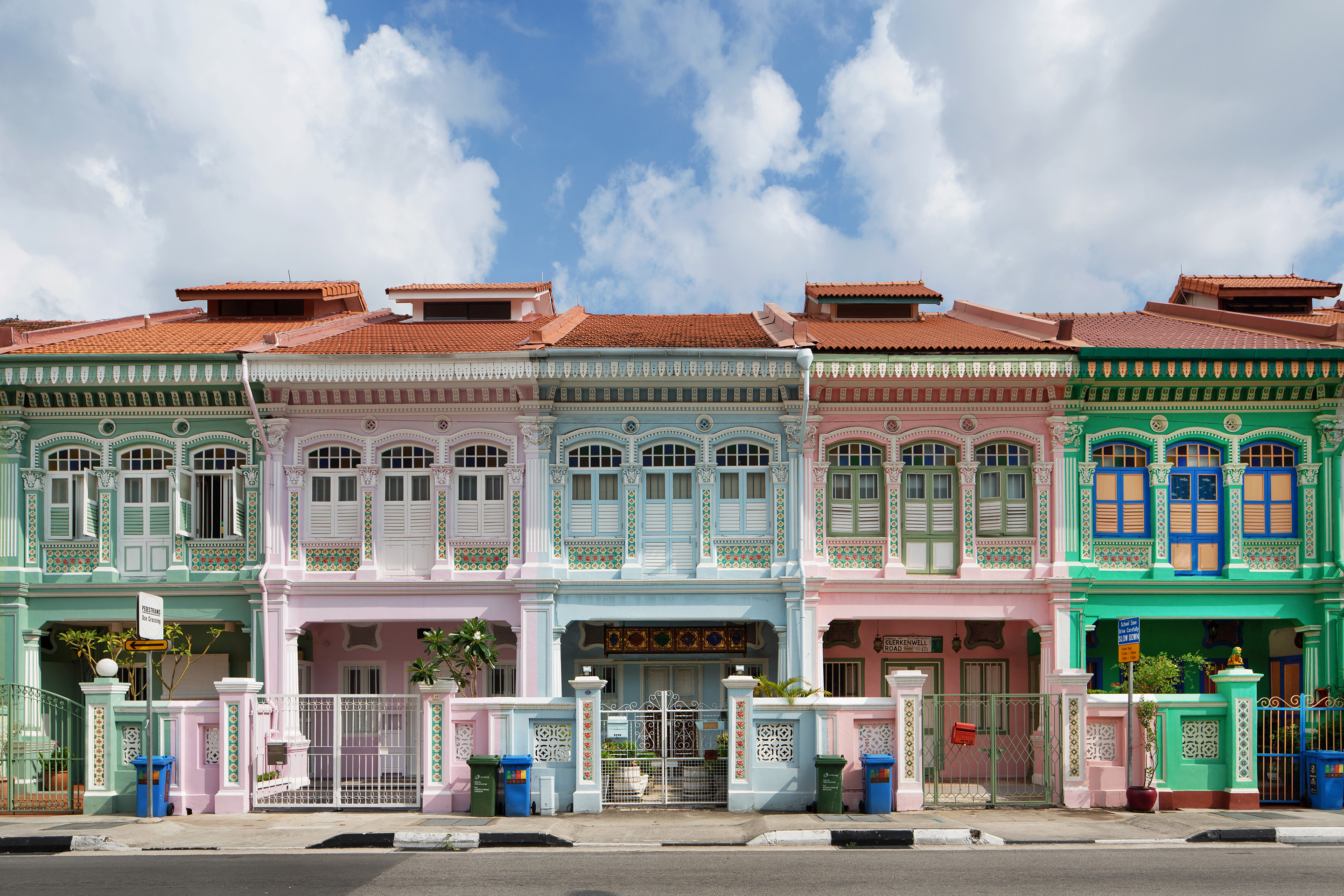 Shophouses continued to be built up to the 1960s but, following independence, many were demolished, particularly in Chinatown, as the government began to resettle residents in new housing estates. Fortunately for Singapore’s architectural heritage, the Preservation of Monuments Board was formed in 1971 to conserve heritage buildings and objects and a programme of renovation began. Today, the facades and foundations of these fascinating buildings are fiercely protected, but behind these historic frontages lie temples, boutique hotels, cafes and clubs ensuring that shophouses continue to be a vibrant part of daily life in Singapore.

Would you like to see these architectural gems for yourself? Why not join one of our Singapore 2020 tours? Find out more here