As NAFAS turns 60, we caught up with National Chairman Jan Law, whose own relationship with NAFAS began in 1963, for a quick history lesson 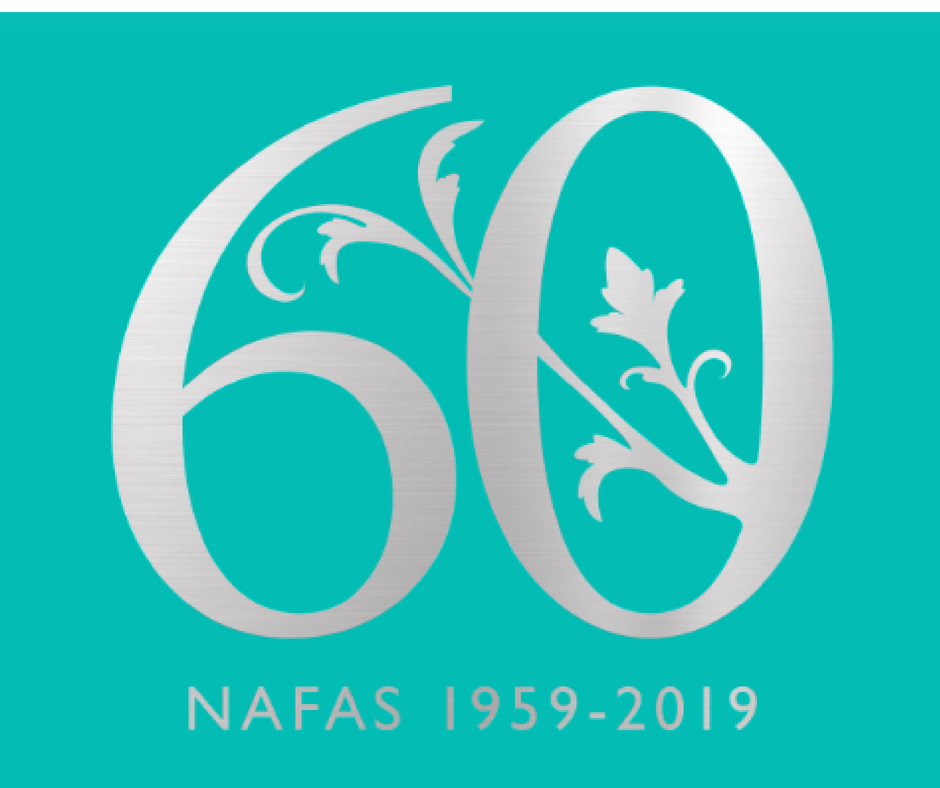 NAFAS – The National Association of Flower Arrangement Societies – was really a formalisation of an existing idea that had evolved from what the first floral designers, Constance Spry and then Julia Clements, were doing in the 1930s and 1940s. Julia visited America at the end of World War II, when rationing was still in force over here, where she gave a series of talks entitled 'Make Do and Mend'. The women in America were totally unaware of the levels of austerity in war-time Britain and responded to Julia's stories with gifts of seeds for her  to bring home.

On her return to Britain, Julia, who was a great gardener, travelled around the country giving talks about her experiences in America and demonstrating flower arranging to groups of women using flowers and foliage from her garden.The format proved popular and, by the 1950s, flower clubs were popping up across the country. After a year’s work with six flower arranging areas and the RHS, NAFAS itself was launched on 25th January 1956 with Mary Pope from the Dorset and Guernsey Area as President. Sixty years on, we have 50,000 members in 1,100 clubs and 21 Areas running from Scotland to Cornwall, Wales to Northern Ireland and became an incorporated Charity in 2003.

From the early eighties, we have had the privilege of arranging flowers in Westminster Abbey.  We do about 30 services a year for the Abbey, including the recent NHS and Royal Airforce centenaries, Sir Stephen Hawking’s memorial and, of course, the high altar and large pedestals for Prince William and Kate Middleton’s wedding.  It’s a wonderful experience to be involved with occasions like these. We have two volunteers who work with the Abbey and they request volunteers from all our 21 Areas so every member has a chance to represent their Area. 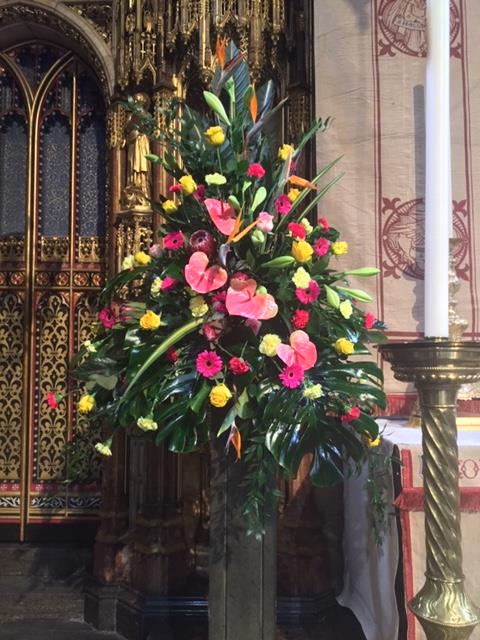 NAFAS flowers for the Commonwealth Observance Service on March 12, 2018.

We staged a Festival in the Abbey to celebrate our 50 Anniversary. Our 60th will be marked with a Floral Art and Design Show at the Business Design Centre in Islington, London, followed by a Gala dinner at the Grosvenor House. I’m hoping the Floral Art and Design Show will not only showcase the talent of our competitors, but also introduce our links with designers from the continent and around the world to our members. We’re  very much looking forward to welcoming our members of WAFA (World Association of Floral Artists) too, which was initiated by NAFAS in 1981.

Looking ahead, I believe the future of NAFAS lies partly in our ability to adopt a business-like approach and reach out to a younger generation using their methods of communication and partly in our commitment to pass on the enduring appeal of fun, friendship and flowers for a new generation to enjoy.