New Zealand's high rainfall and many hours of sunshine give the country a lush and diverse flora, about 75% of which is unique to the country. This is our top 10:

With its long, narrow leaves and scented early summer flowers, the Cabbage Tree is one of New Zealand’s most distinctive trees. Found in wet, open areas right across the country, they reach between 12 and 20 meters high and were a favourite of early European settlers who used their fire-resistant trunks as chimneys for their huts. 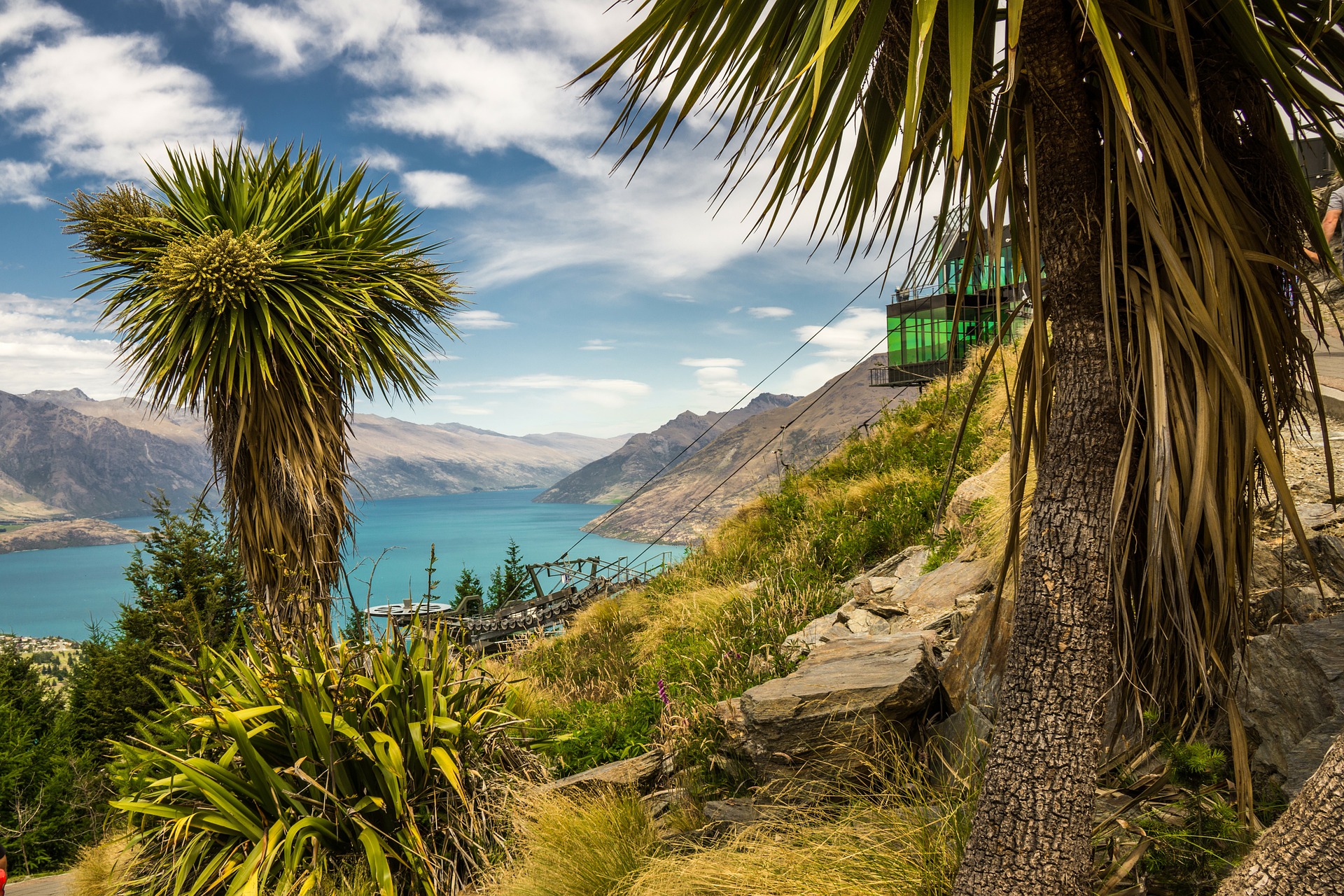 The country’s only fully parasitic flowering plant and the southern-most member of its mainly tropical family, this highly unusual plant holds a special place in New Zealand's indigenous flora. Dactylanthus grows as a root-like stem attached to the root of a host tree, which responds by molding into the shape of a fluted wooden rose. The plant's Maori name is ‘pua o te reinga’, meaning 'flower of the underworld,' alluding to the way its flowers emerge from below ground.

New Zealand is home to around 200 species of fern, ranging from the 20m tall ‘mamaku’ tree fern to delicate, filmy ferns measuring just 20mm long. About 40% of these species occur nowhere else in the world. One notable New Zealand fern is bracken (‘rārahu’), which grows in open, disturbed areas and was a staple of the early Māori diet. The roots were gathered in spring or early summer and left to dry before they were cooked and eaten. The silver fern, or ‘ponga’, is a national symbol and gets its name from the silver underside of its fronds. 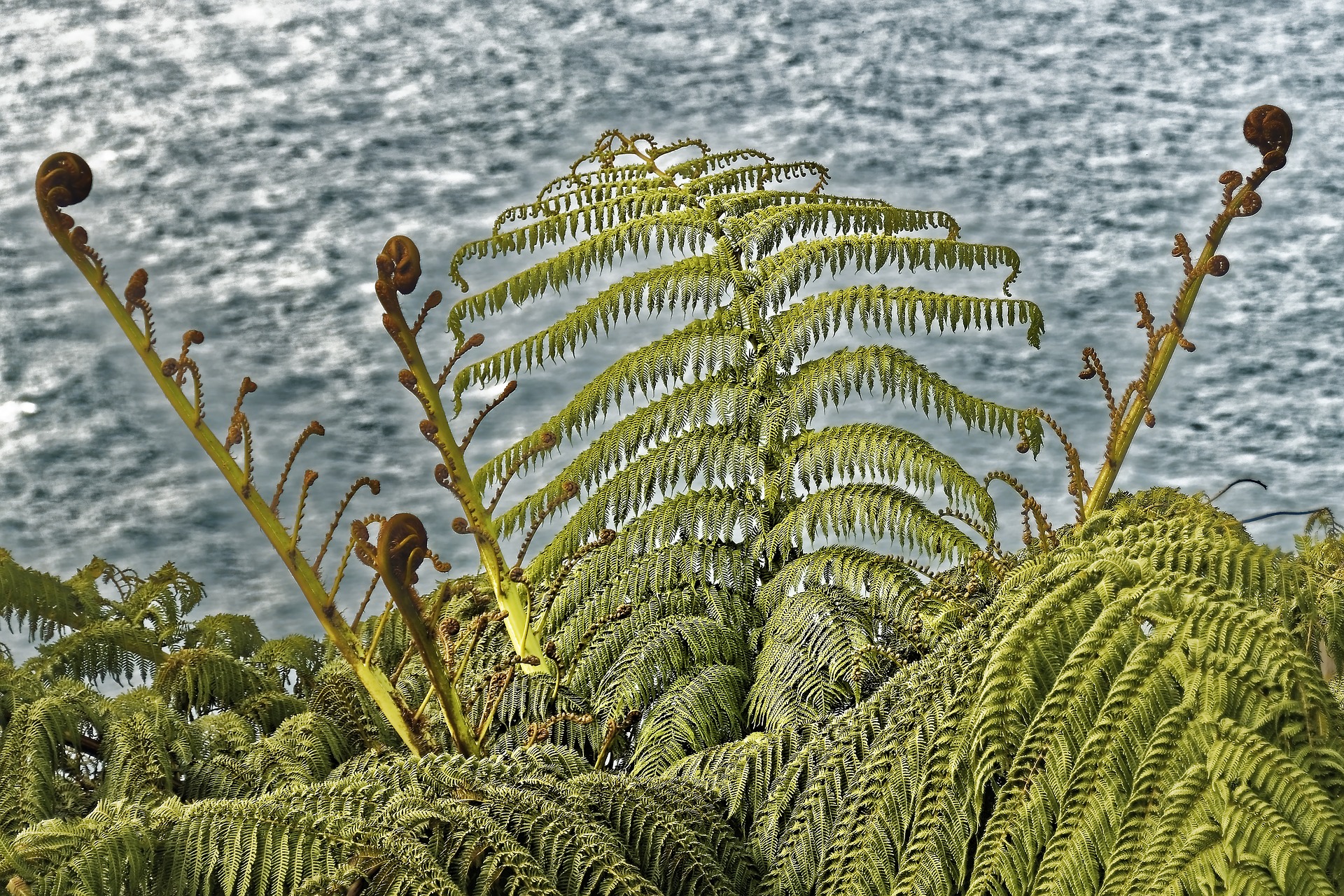 Growing to over 50m tall with trunk girths of up to 16m, Kauri are among the world’s mightiest trees. They live for 2,000 years and once covered 1.2 million ha, from the Far North of Northland to Te Kauri, near Kawhia. Maori used the timber for boat building, carving and building houses. The arrival of European settlers in the 1700s to 1800s saw the decimation of these magnificent forests. Sailors quickly realised the trunks of young kauri were ideal for ships' masts and spars, and the settlers who followed felled the mature trees to use as sawn timber for building. In 1952, Waipoua Sanctuary was finally created. Waipoua is home to Tane Mahuta, king of the forest and the largest remaining kauri tree in the country. The 1,500-year-old Tane Mahuta is 51.5 m tall, with a girth of 13.77 m.

With their brilliant yellow flowers that appear in profusion in Spring, the Kōwhai is one of the best-known native trees in New Zealand. (The flower is the country's unofficial flower.) Native birds such as the tui, bellbird, kākā and New Zealand pigeon, all feast on the tree’s leaves and flowers, while Māori hold the tree in high esteem, valuing the durability of its hard wood and its many medicinal properties. 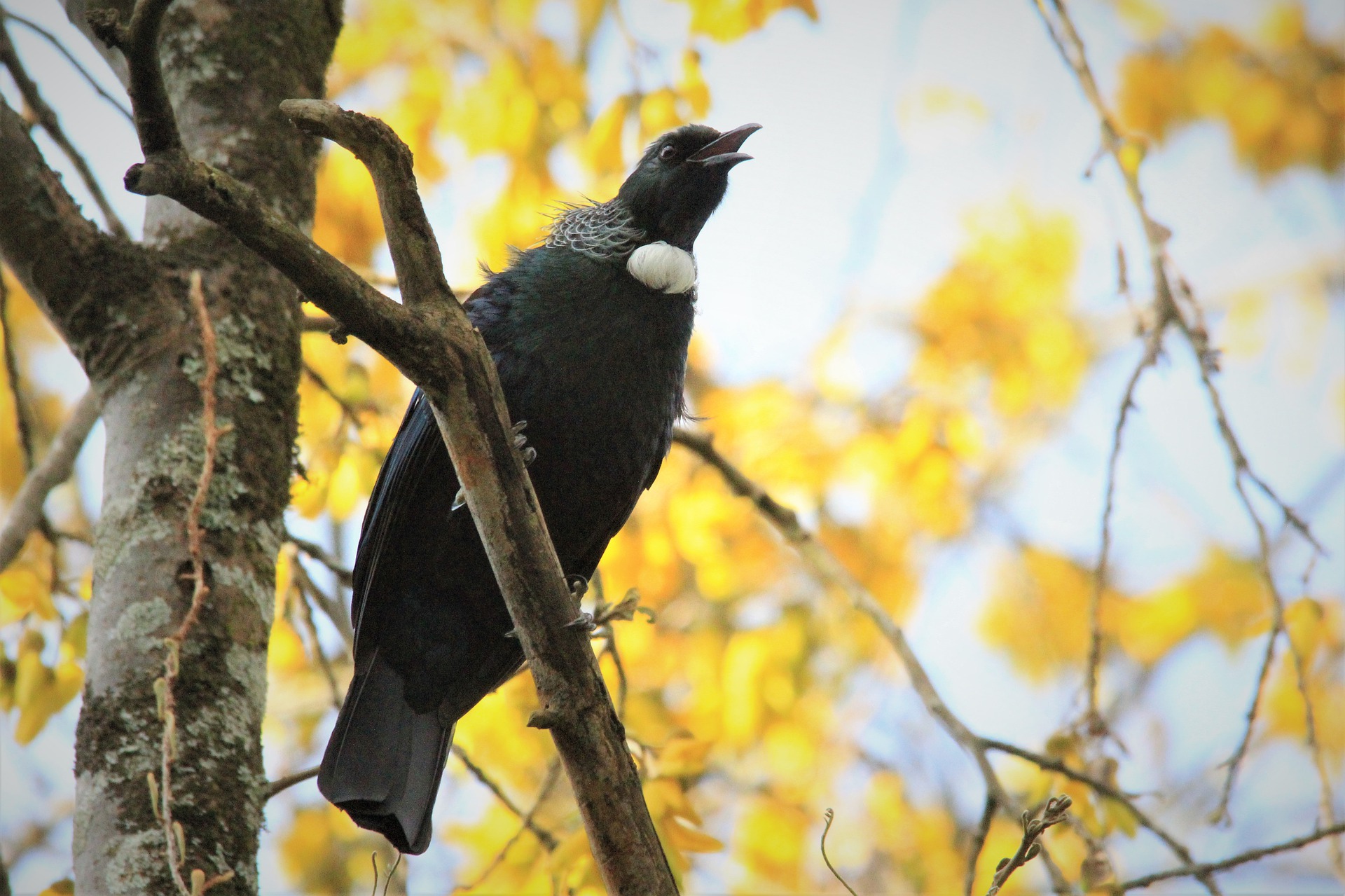 This is the world’s largest buttercup, reaching up to one metre high and producing leaves larger than the size of an adult hand. It flourishes in mountain habitats on both the North and South Islands, but one of the very best places to see it is Tongariro National Park on the volcanic plateau in the central North Island where, in the late spring/early summer, the alpine landscape is carpeted in blooming yellow buttercups.

Found mainly in the sub-alpine forests of the South Island, these odd-looking trees with their gnarled trunks and bunches of long, curved leaves, can live for at least 500 years.

Ngutukākā is named for its beautiful red flowers, which hang in clusters of 15-20 blooms and are shaped liked a kaka's beak - hence ‘Ngutu’ meaning beak/lips and ‘Kākā’ meaning the native parrot of the same name. It has special significance to New Zealand, but both Clianthus puniceus and Clianthus maximus, are critically threatened with extinction in the wild. However, both species are widely cultivated.

The blazing red flowers which appear around Christmas time have earned this tree the title of ‘New Zealand's Christmas tree’. Both pōhutukawa and rātā belong to the myrtle family. Pōhutukawa and rātā hold a prominent place in Maori mythology. Legends tell of the young Maori warrior, Tawhaki and his attempt to find help in heaven to avenge his father's death. He subsequently fell to earth and the crimson flowers are said to represent his blood. Possibly the most famous pōhutukawa in Maori legend is a small, wind-beaten tree clinging to the cliff face near Cape Reinga. The 800-year-old tree is reputed to guard the entrance to a sacred cave through which disembodied spirits pass on their way to the next world. 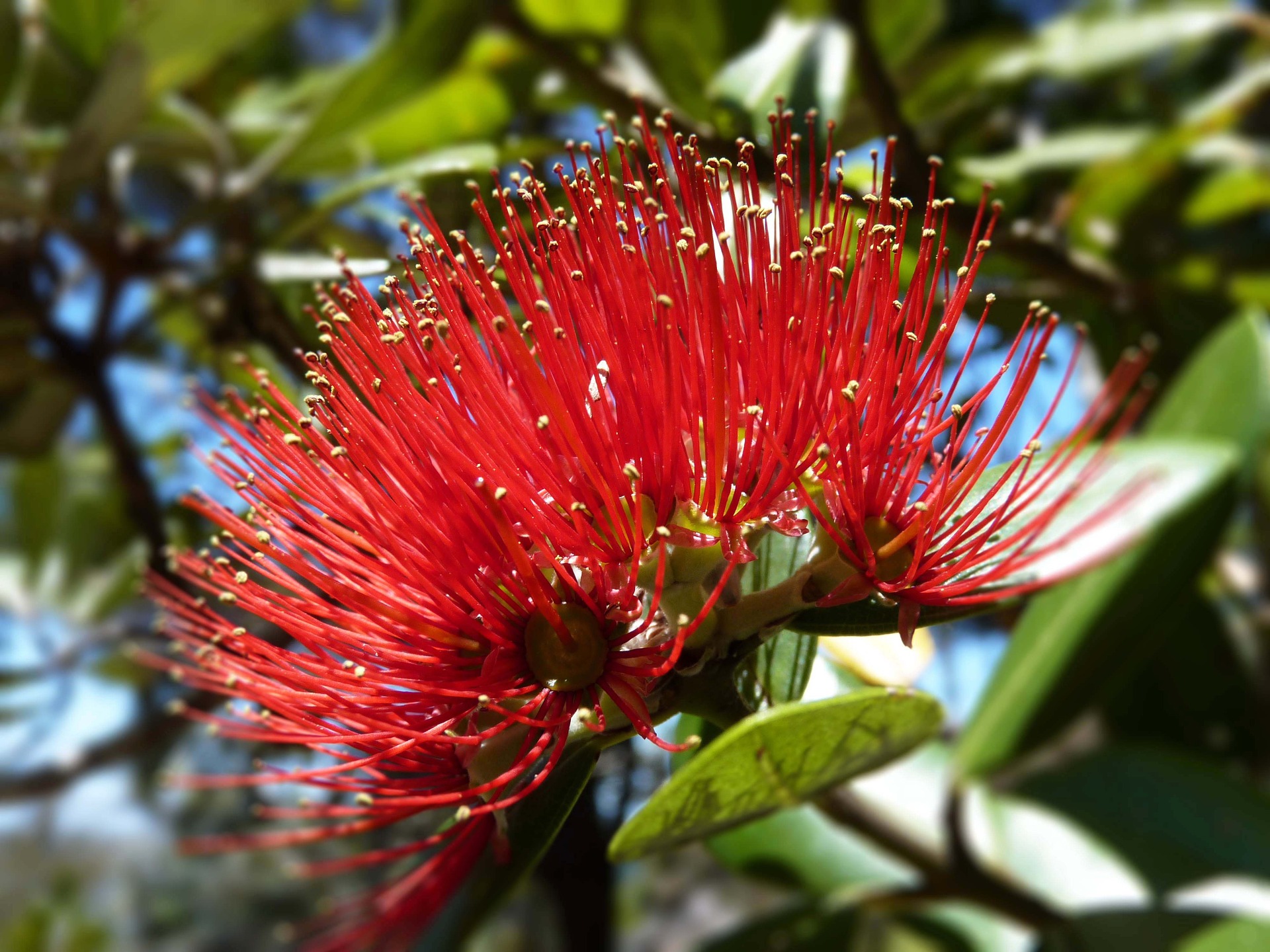 Also known as the ‘Chatham Island Christmas Tree’, this spectacular tree daisy grows up to eight meters tall. Its leaves, which can reach 12cm long, are covered in tiny, downy hairs which give the whole plant a silvery hue. The brilliant yellow flowers bloom throughout the summer. Rautini can be found in forests, shrub land and lining the banks of streams.

Discover these and more botanical treasures on with us on our WAFA 2024 New Zealand programme. Find out more here